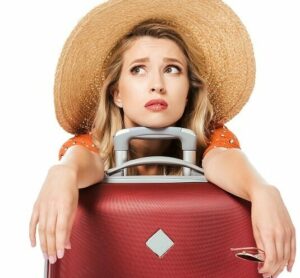 My application for a visitor visa is refused, what can I do?

If your application is refused, you may apply to the Federal Court of Canada for a review of the IRCC officer’s decision(Immigration, Refugees and Citizenship Canada).

In Quraishi v. Canada (Citizenship and Immigration),2021 FC 1145, the Applicant’s application for a visitor record was refused. The refusal letter itself paraphrased some of the requirements of section 179 of the IRPR, gave a general listing of factors that an officer considers, and repeat the statement that the officer is not satisfied that the applicant met the requirements of the Act.  The letter provided no substantive indication of why the visa application was refused. As for the GCMS notes, they consist of a recitation of the immigration history, the statement that the Applicant “has had sufficient time to fulfill purpose,” and a statement of the officer’s conclusion. The only substantive statement of the officer’s reasoning was the statement that Mr. Quraishi had had sufficient time to fulfill his purpose.

The Court found the officer’s decision is unreasonable and the application was allowed.

The Federal Court of Appeal has recognized the large volume of visa applications that are received in visa offices in Canada and around the world.  Visa officers must therefore process applications quickly and efficiently. This requirement, together with the circumscribed impact of a visa refusal, means that visa officers are not obliged to give extensive reasons for their decisions

While the decisions of visa officers need not be extensive, they nonetheless must meet the requirements of responsiveness and justification.
If a visa officer’s reasons demonstrate that they have reasonably considered the evidence put forward and reached a justified conclusion, it is not the Court’s role to “step in and second-guess” that outcome: Singh v Canada (Citizenship and Immigration), 2012 FC 526 at para 56.